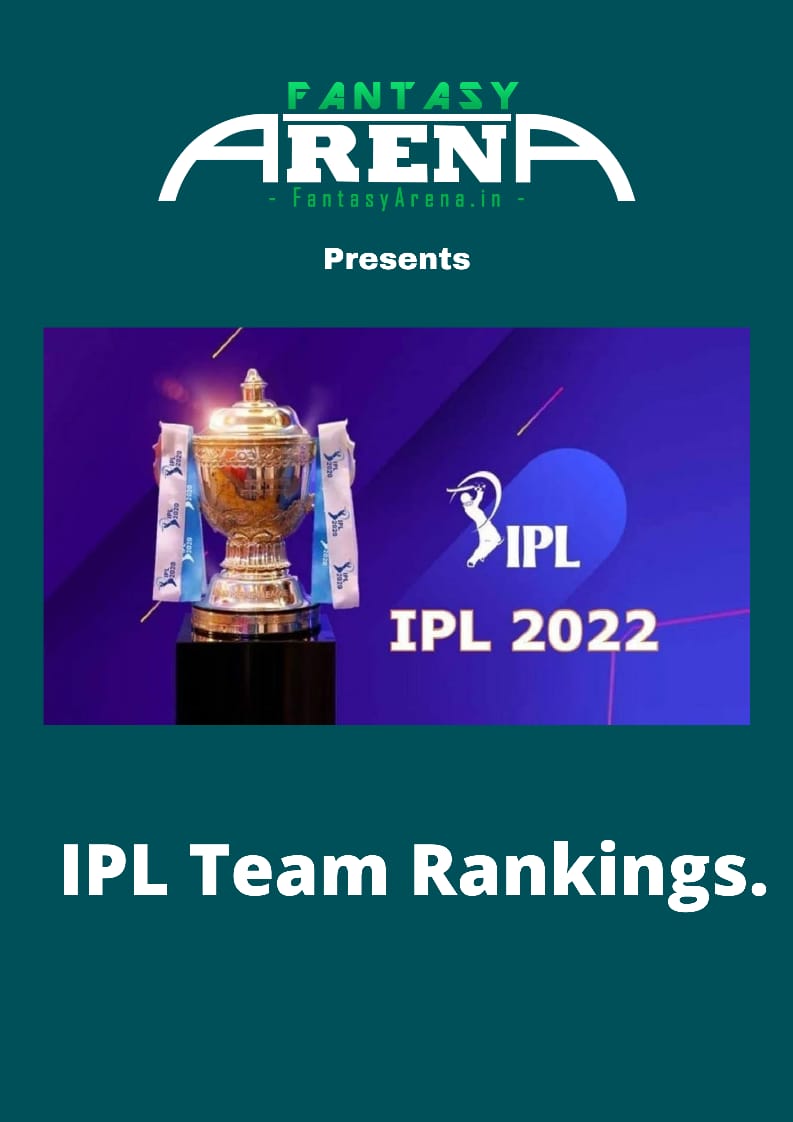 The IPL Mega Auctions ended on 12th and 13th February and all the teams have finalised their players. While there have been some hits and misses by a few franchises,some franchises sprung in surprise by bringing in some very good players.

Today, we at Fantasy Arena will arrange the team based on the rankings post the auction. So here we go: 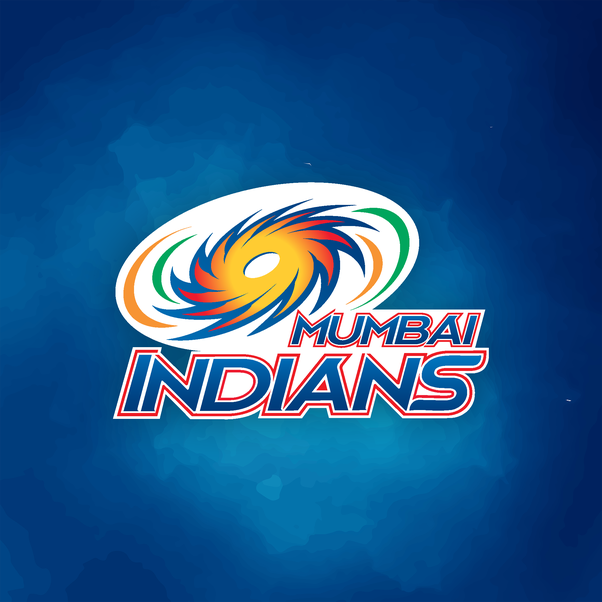 The Rank may come as a shocker. The Mumbai Indians may have the likes of Rohit Sharma, Suryakumar Yadav, Jasprit Bumrah and Kieron Pollard in their ranks but rest of the squad looks a bit undercooked.

They went berserk over Ishan Kishan with Rs 15.25 crores and another Rs 8 crores over the still recovering Jofra Archer, thus significantly reducing their purse. Although they managed to get in Tim David, Daniel Sams, Murugan Ashwin and a few other domestic T20 players in their team but on paper they look the weakest in comparison to other teams. 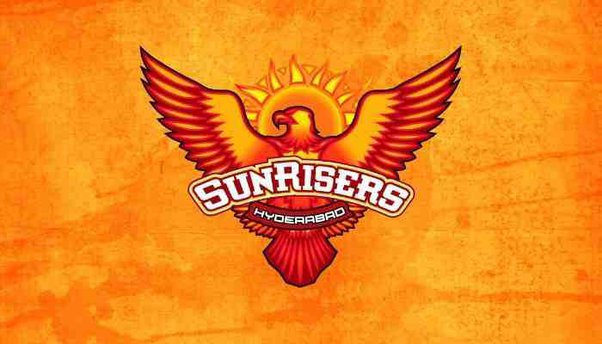 The team with the wooden spoon in IPL 2021 have gone for a complete overhauling of their squad and have parted ways with the likes off David Warner, Johnny Bairstow, Jason Holder and Rashid Khan. SRH retained Kane Williamson, Abdul Samad and rookie Umran Malik .

The Auctions did not go as per their expectations but they somehow managed to get hold of some really handy and capable T20 players. SRH roped in Nicholas Pooran, Aiden Markram, Bhubaneswar Kumar and even the exciting Rahul Tripathy and the squad looks exciting if not intimidating.

Footnote: Players with X-factors are missing in SRH. 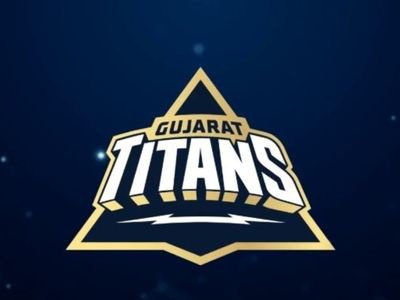 The team from Ahmedabad may have put in their best foot forward with their retentions and some heavy buyings but there are still many loopholes in their squad.

The Titans retained Hardik Pandya, Rashid Khan and young Shubman Gill. They even roped in Mohammad Shami, Jason Roy and Lockie Ferguson but it is the Indian contingent that will keep them worried. The fact that they are probable short of experience in the middle order will worry them.

Footnote: The Indian lineup looks short of experience and there is no designated middle order batsman. 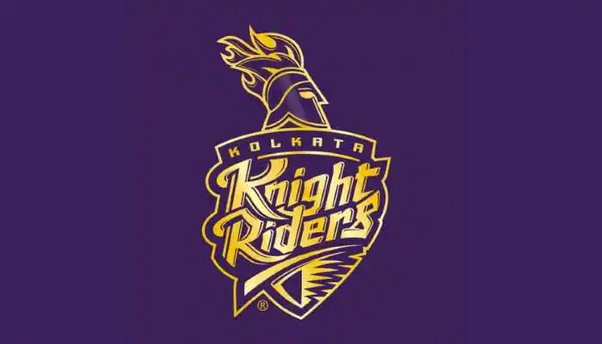 The KKR management promised a lot but everything went down the drain when the auctions ended. The Knights may have got the players that chip in but they have lost a lot in the process.

The Knights disappointed with the buys of Nitish Rana and Rinku Singh. Even they spent heavily in getting back Shivam Mavi. The retentions, ie Andre Russell, Sunil Narine, Varun Chakravarty, Venkatesh Iyer may have significantly balanced the lineup but there are other spots to fill too and that's where the Knights have exhausted themselves. The likes of Ajinkya Rahane, Tim Southee, Umesh Yadav are no longer the players they once were but the buyings of Mohammad Nabi, Sam Billings and even Alex Hales will give them hope.

Footnote: Current form will be an issue for the overseas and domestic players KKR have brought in. 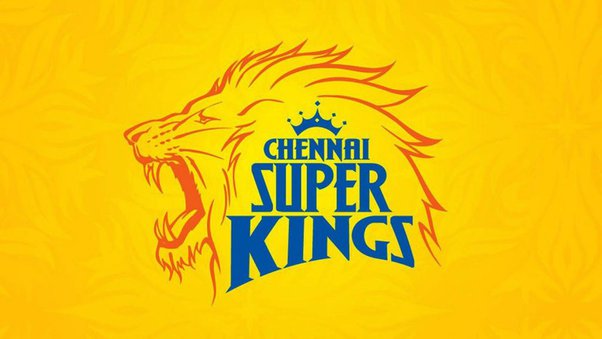 The Men in yellow may have grown a big older but they made it a point to retain the core. Although they had to part ways with some big names and the new recruitments do not look that much promising.

CSK parted ways with Suresh Raina, Faf du Plessis, Shardul Thakur and Josh Hazelwood while retaining Ms Dhoni, Moeen Ali, Ravindra Jadeja and Ruturaj Gaikwad. They even went on to retain the services of Robin Uthappa, Dwayne Bravo, Deepak Chahar and Ambati Rayudu. The replacements like Adam Milne, Devon Conway and even Shivam Dube may have some bigger shoes to fill in.

Footnote: The age and fitness of the players remain a concern for CSK. 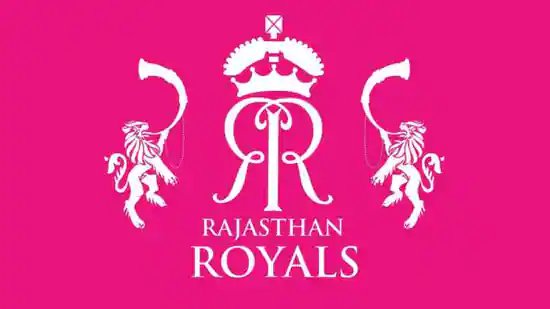 The Royals are a side who have solidified their top order and bowling lineups but they have a weakened middle order. Also the Royals have lost significant firepower prior to this season.

The Royals have lost Stokes, Archer, Rahul Tewatia, Shreyas Gopal but have roped in Ravichandran Ashwin, Trent Boult, Devdut Paddikal, Prasidh Krishna to name a few. They already have Sanju Samson, Yashasvi Jaiswal and Jos Buttler and even brought in Shimron Hetmyer as a finisher.

Footnote: Middle order is a concern and the all rounder options too look a bit bleaker. 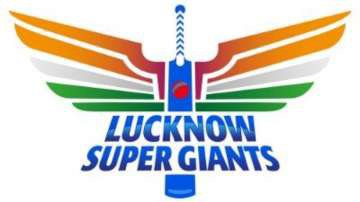 The Lucknow Super Giants have put in a great team together. But the fact that they are playing for the first time together has made them ranked 4 in the team rankings.

Footnote: A well balanced team has been placed for LSG. Now it is to be seen whether they can gel together or not. 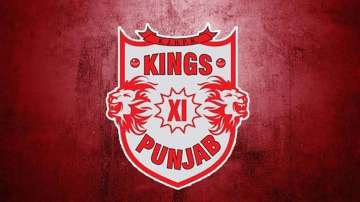 Punjab Kings had Mayank Agarwal and Arshdeep Singh as the two retentions and an entire squad to build.

Punjab Kings did a commendable job in roping in Shikhar Dhawan, Johnny Bairstow, Liam Livingstone, Kagiso Rabada and even the talented Shahrukh Khan. However their bowling looks a tad weaker.

Footnote: An all rounder is required in the Punjab Kings. They also need a able bowling partner to Kagiso Rabada. 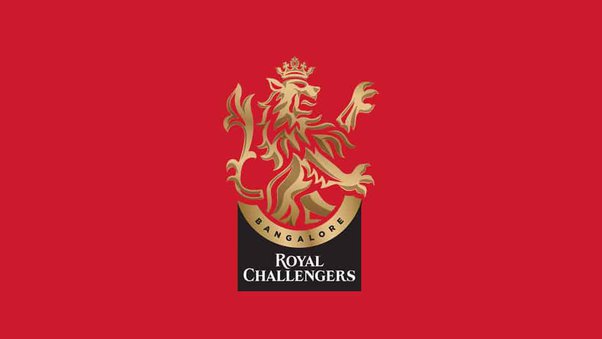 RCB needed a captain, they got one. They needed bowlers, they got a handful. RCB had roped in all the resources they required and the squad looks promising enough to go the distance.

RCB already had the batting prowess of Virat Kohli and Glenn Maxwell. The absence of Ab de Villiers has been well balanced by the arrival of Faf du Plessis. They had Mohammad Siraj in the ranks, RCB went a step ahead by roping in Harshal Patel, Josh Hazlewood, Wanindu Hasaranga. The keeper and finisher problem has been solved by the arrival of Dinesh Karthik.

Footnote: RCB have all bases covered and the only base they need to cover is the luck. 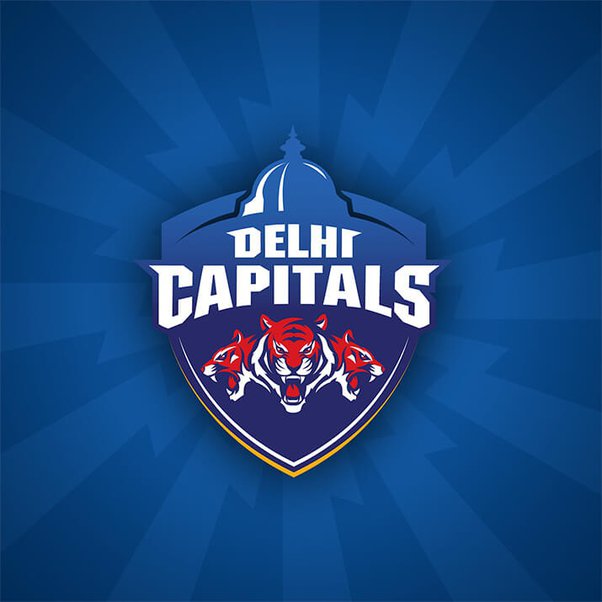 The Capitals are probably the only side that have used the IPL Mega Auctions too the fullest. DC may not have been able to retain the core they had built but got more able players in their ranks.

Delhi Capitals retained Rishabh Pant, Axar Patel, Anrich Nortje and Prithvi Shaw. They brought in David Warner, Mitchell Marsh, Shardul Thakur and Mustafizur Rahman. The young Kuldeep Yadav too finds himself at the scheme of things for the Capitals.

Footnote: The captaincy of Rishabh Pant was under the scanner the last time round and if Pant can get off the monkey from his back, Delhi Capitals will be the team to beat.

Disclaimer: The views expressed here are solely of the author's point of view.