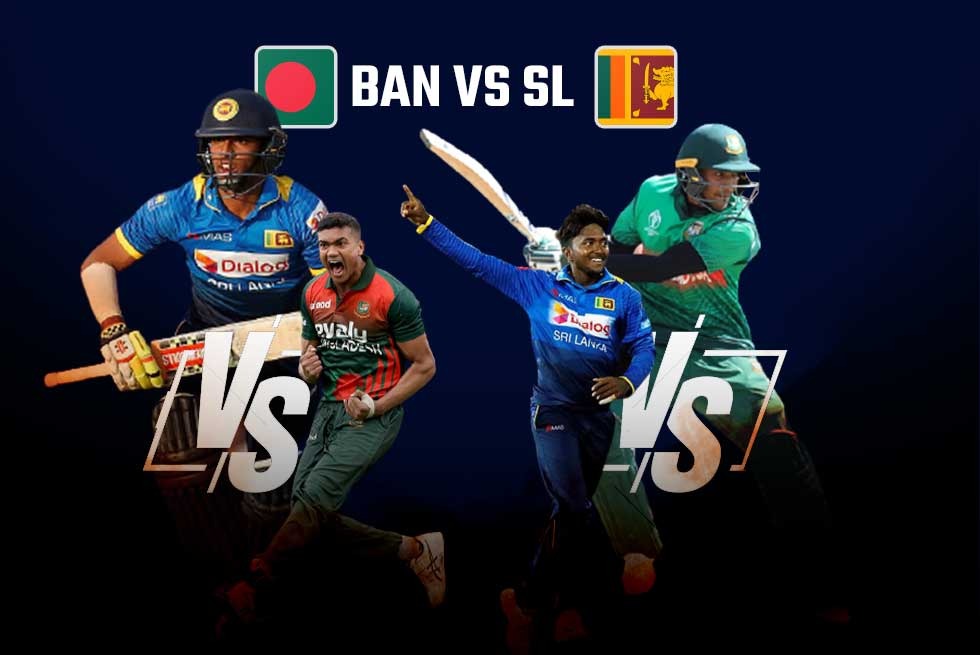 The bilateral ODI series may not bear any such huge significance but from the respective team’s point of view it would be a sort of a stepping stone for the preparation of 2023 WC. Bangladesh would be the favourites as they flex a full-strength squad whereas Srilanka would be without the experienced players like Dinesh Chandimal, Angelo Mathews and skipper Dimuth Karunaratne who have been dropped after the series defeat in the West Indies and would feature a new look Srilankan side under the captaincy of Kusal Perera.

Sher-e-Bangla National Stadium has been a chasing ground traditionally and results of the last 4 of the 5 ODI matches played here confirms so. The pitches in Bangladesh are generally two-faced with the spinners being effective more than the seamers. However, the bowlers who can vary their pace and use the cutters may find this pitch to be useful. In terms of batting too, it gets easier to bat on with time. And an afternoon start indicates that there will be dew while the second innings goes on.

It should be a hot and humid day in Dhaka. The average temperature should be around 35 degrees celsius. However, with a thunderstorm originating in Bay of Bengal, we might see certain interruptions.

Performers at this ground:

Last 2 H2H Performances: (On this ground)

Shakib Al Hasan: Shakib Al Hasan is currently the MVP of the Bangladesh Team and is rightly so. He has played 209 ODIs with 6436 runs to his credit. He has also picked 266 wickets with his left-arm spin. In the 2019 World Cup, he was exceptional at number three and in this series, he will continue to bat in the same position. His record at Sher-e-Bangla National Stadium too is phenomenal as he is the highest wicket taker and second highest run scorer at this venue.

Kusal Perera: The aggressive Kusal Perera will have the added responsibility of captaining the side in this series. He also has the chance to complete 3,000 runs in the ODI cricket in the series. He has five centuries under his belt in 50 overs cricket. Perera will bat at number three in the upcoming series and has already indicated that the side under him will be playing an aggressive brand of cricket.

Mustafizur Rahman: Fizz has been the strike bowler for the Bangladeshi Tigers for quite some time now. He has already picked up 118 wickets in the 64 matches he has played so far. His performance at this ground too is phenomenal and he has already scalped 41 wickets in 18 innings so far.

Akila Dananjaya: He is currently the most experienced bowler of the Srilankan lineup. With 51 wickets in 36 matches, Dananjaya is expected to provide those crucial breakthroughs in the middle overs. Being a mystery spinner, his battle against the seasoned Bangladesh batsmen would be a treat to watch.

Tamim Iqbal: The skipper of Bangladesh cricket team is currently the highest run getter in this ground. Tamim has not been in good form of late and would want to redeem his career once again in this series. He also has the highest number of centuries (5) at this venue. His job would be to play throughout the 50 overs and build the innings.