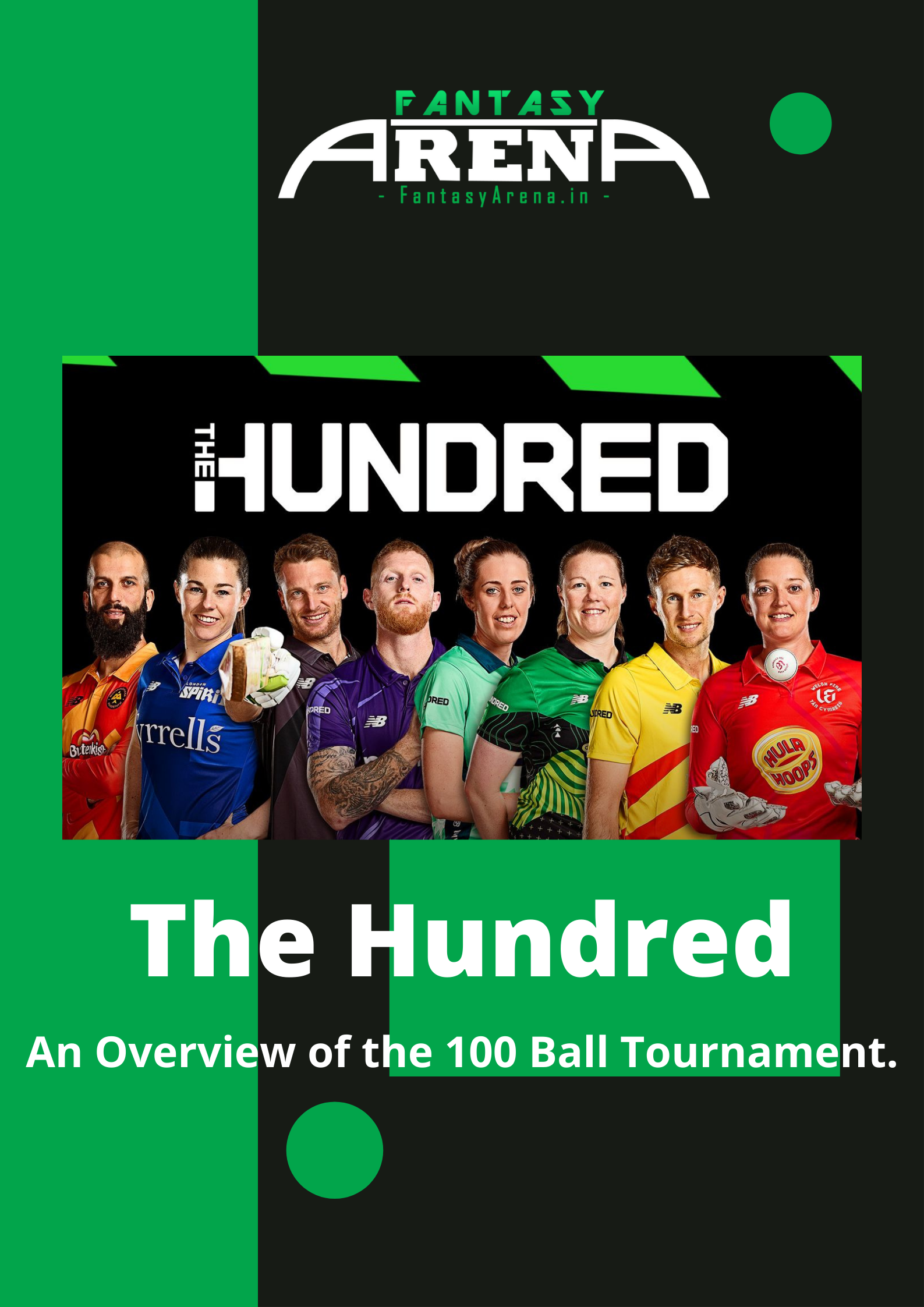 Cricket is evolving and rightly so. From 60 overs to 50 overs then came the era of T20s and T10s. And now comes the Hundred.

The 100 balls per innings concept popularly known as the "Hundred" is the new brain child of ECB.

The first edition of the Hundred was held between July 21 to Aug 21. As many as 64 matches were played in this window. In the end, were crowned as the Champions of the Men and Women Divisions respectively.

Now before dwelling further let us have a brief overview on what exactly the Hundred is all about.

As many as 8 franchise teams comprising of both Men's and Women's squads featured in the first edition of the tournament. Another major aspect of the Hundred was thatbboth the men and women squads faced the same opponents in a single night in double-header fixtures.

The 8 Franchise Teams were:

The Hundred had a league stage which was played in a round robin format and then the playoffs.

A total of 32 matches was played by the 8 league teams in the league stage. Each team played 4 home matches and 4 away matches. Each side played 1 match against each other side and went on to play a second bonus match against their nearest regional rivals.

The top three teams in the points table competed in playoffs and the winner was crowned ultimate champion.

The second and third placed times competed in an eliminator played at the Oval. The winner of the semi-final will meet the league table toppers at Lords' where the winner of the match was crowned as champions.

1.The "Hundred" as the name suggests was a100 balls per innings match. The side that scored the maximum runs won.There were 2 white Kookabura balls, one for each half.

2.There was a mandatory change in ends after every 10 deliveries for the fielding side.

3.The Hundred was technically a 10 overs match with each over comprising of 10 balls.Bowlers could deliver either 5 or 10 consecutive balls at a go. However, the maximum number of deliveries a bowler was allowed to bowl in a match was 20.

4. To maintain the gender-neutral ambition of the tournament, ECB decided to introduce the term ‘batter’ will be used instead of ‘batsman’ or ‘batswoman’.

5. When a batter was caught, the new batter walking in would take the strike regardless of the non-striker crossing.

6. Each no-ball in the Hundred carried a value of 2 runs along with a free-hit. ECB has borrowed the same rule that is applied in the T20 Blast.

There was a strategic time out of two and a half minutes for each bowling team in the Hundred. The coach and support staff was allowed to be on the pitch during this duration.

However the timeout couldn't be taken during the first 25 balls of the match which was also the powerplay.

The Powerplay comprised of 25 deliveries with a maximum of two fielders allowed outside of the initial 30-yard circle during the powerplay.

A match in the Hundred went on for two and a half hours, which included 2 strategic time outs of 2 mins 30 seconds each and a mandatory 50 seconds break in between change of ends.

ECB was very strict in this regard. Any team violating this was penalised for slow "over-rates". There was also a loss of one fielder outside the fielding circle from the point of transgression.

The Hundred decided to incorporate a new set of rules to make the game more engaging.

1.ECB decided to do away with the toss on the ground. Instead the captains will flip the coin on the stage designed for the DJ and other live performers.

2. ECB also decided to use the term of "balls" instead of "overs" as the game will comprise of two innings with 100 balls in each inning. A White card was shown by the umpires to signal the completion of a set of five deliveries and there was a mandatory 50-second break at the change of ends every ten balls.

3. Decision Review System (DRS) was introduced for English domestic cricket for the first time. The 3rd umpire was in full control of it as he was provided with a fully equipped technical truck comprising of the Smart Replays and all the other technology related functions.

4. In the event of a rain-curtailed match, the Duckworth-Lewis-Stern (DLS) method was used but with a rejigged algorithm that made calculations based on balls faced rather than overs bowled.

5. In case of a tied match, 1 point was be awarded to each team in the group stage. However in the knock-outs the match was to be decided by a "super five" (5 balls instead of 6).

In case the first Super five ended in a tie there was also a provision for a second super five.If that too ends with scores level, victory will be awarded to the team that finished at a higher position in the group stage.

1.All teams had a minimum of 15 member squads.

2.Maximum of three foreign players were allowed per squad.

3. At least one England Test player was to be signed by each of the eight men’s teams.

4.A maximum of 2 centrally contacted players could play for each team.

Now after having an idea about the Tournament, let us see how the teams actually fared in the Hundred.

Impact of the Hundred on T20s:

The Inaugural edition of the Hundred had some positives as well as some negatives added to it.

Some of the pro sides of the Hundred were:

2) Scope of innovation in Cricket: When the Hundred was first proposed, a lot of cricket pundits opined against it. There was a lot of hues and cries regarding the tournament format and rules and regulations. But with the first edition, done and dusted we can conclude that there is still a lot of scope of innovation in Franchise Cricket.

However there were certain cons too:

Thus, we can conclude that the Hundred has been able to start a new chapter in the history of franchise cricket. It will be interesting to see how the Hundred actually competes with the other major franchise leagues in the years to come.