Fantasy Sports: How to get started? 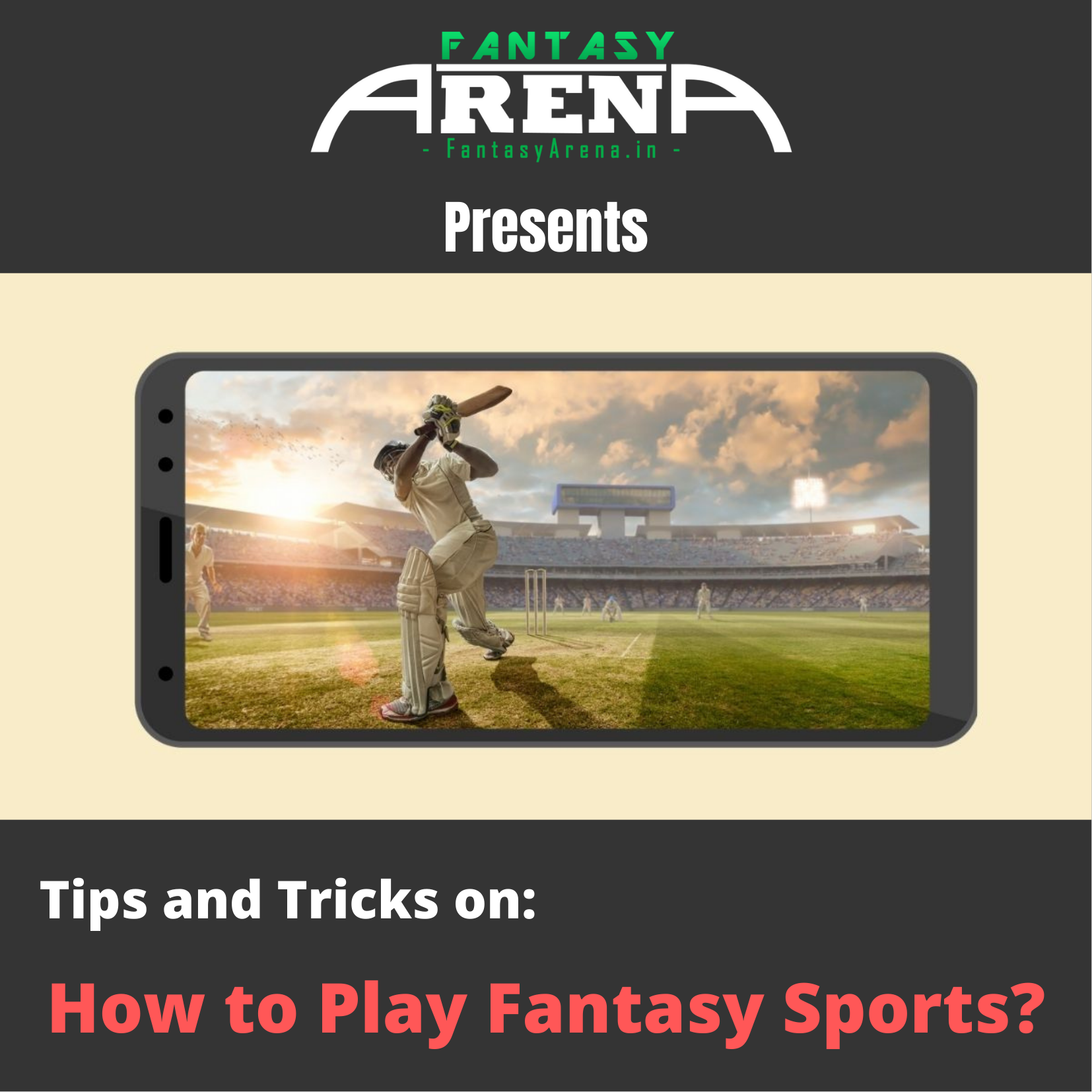 Welcome to the Tips and Tricks segment of FantasyArena app. As we all know that Fantasy Arena believes in empowering the Fantasy Players across the country to be self sufficient while playing the sport you love the most. Taking a leaf out of the book of Fantasy Arena, this section will provide the users with all the prerequisites and necessary information in your Fantasy Sports Journey.

So before starting your journey, let us understand what is actually Fantasy Sports? First Things First. Remember?

What is Fantasy Sport?

Fantasy Sport is an online platform where a user makes a team of virtual players based on a real match being played on the field and earns points based on the players' on-field performance. The better a player performs on field, the higher is the points earned by the user.

From the definition it may be similar to sitting in a virtual seat and predicting the course of a game backed by solid research and analysis with a small element of luck involved in it.

It may seem to be easy apparently but when you dig in further, Fantasy Sports is not so. In fact, it takes days and years of hard work and dedication to get accustomed to and somehow predict that how a particular game could pan out actually on field.

Which are some of the leading Fantasy Sports Platform in India?

Dream 11 is undoubtedly the market leader but there are other players too.

Today there are around 150 different online fantasy sports platform available in India.

Some of the other leading platforms are:

Apart from cricket, these platforms also offer a wide range of other sports such as football, basketball, baseball and even kabaddi.

After getting a brief idea about what Fantasy Sports is, let us understand a few knitty gritties about the different types of leagues in Fantasy Sports. To name a few:

2. Grand League: When a huge number of users participate for a grand prize (In Lakhs), it is called a Grand league.

3. Small League and Mini Grand League:  A fantasy league comprising of the number of players ranging from 3 to 1000 roughly falls under this category.

5. Live Fantasy: In Live Fantasy, a fantasy user needs to choose 5 players who can perform in the next 5 overs in a match.

Once you are done with which leagues to participate let us take a stroll through to the different aspects that need to be covered before selecting a particular match.

1) A basic overview of the match:

This is the first and foremost fantasy cricket tip for a fantasy user before playing a match in fantasy sports. Information regarding the pitch report, ground records, and also the results of recent matches on the ground are some of the key aspects that should be kept in mind.

The second cricket expert tip is to have a detailed information regarding the players of both the squads playing in the match. A worksheet of stats regarding players' form, venue records and also their head-to-head (H2H) records, should be at the fingertips before building a fantasy team.

3) Performance analysis of the squad:

A database containing the players' performance in last 10-12 matches, performance based on innings, preferred opponents, mode of dismissals and pattern of run scoring and wicket taking should be kept handy before investing in any fantasy match.

4) Building your own team:

After building the team, the next tip is to join the contests one would like to play. It is always advisable to invest in the contests at least 4-6 hours before the actual match start to avoid last minute rush.

6) The toss is important:

The toss is an important aspect in every match. It not only gives an overview of how the pitch is going to behave but also provides with a script for the entire match. Finalising the team based on the playing eleven and match them with your provisional team is very important.

Fantasy sports work on the principle of "Don't Put All Your Eggs in One Basket". There are varieties of leagues in Fantasy Sports that caters to the different style of fantasy players. So, diversification of funds is a must. This will not only increase the exposure to fantasy sports but will also enhance the profitability.

Most of the Fantasy Apps offer a wide variety of playing bonus to each of their users. So instead of pumping your hard-earned cash in it, try to invest in a league using joining bonuses.

After readying the battle ground, the next step is to select the correct ammunition, ie the players. So, let us walk through the type of players that should be given preference in a fantasy team:

In a Fantasy Team, a player should not be selected based on his big name but on the basis of the impact that he/she is capable of. If a player can singlehandedly change the course of the match, he is a must have.

Players who can bat bowl and field well are always preferred while building a fantasy team. So, All-rounders are a must have in the side.

You need to build a team based on numerous match scenarios that may take place in the actual match. This is so far the toughest thing to do but with a logical approach and analysis it can be predicted.

For eg: If you are going in with a middle order batsman as your captain or vice-captain in a fantasy league, it invariably means that you are expecting that the top order of that team would fail. In such a scenario, avoid taking batsmen from the top order and select bowlers from the opposition as the bowlers are more likely to scalp the wickets.

A T20 game is no doubt enthralling to watch but what makes this game more engaging are the mini battles that take part in it. In fact, the results of the mini battles predict the outcome of the game.

For e.g: If there is a faceoff between an attacking batsman and a class leg spinner, who has the experience of dismissing the said batsman often, make sure to select only one of them in your side. So, the next time, you are in between a player battle between the bat and ball in a game, choose your sides wisely.

Some players prefer to bat first, while some love chasing. A particular bowler would love to bowl on a fresh pitch whereas someone else would love to bowl second. These preferences do matter a lot when it comes to winning it big in fantasy cricket.

6) The Captain is Important:

The Captain of a side earns double the points than a normal player. In fact, it is the performance of a captain that decides the fate of a fantasy match. So, make sure that the captain of the ship is chosen wisely.

Thus, with all these basic information in place, I believe that you can easily embark your fantasy journey.

Disclaimer: This article is only for Educational Purpose, this game involves element of financial risk and can be addictive, Please play responsibly and at your own risk.